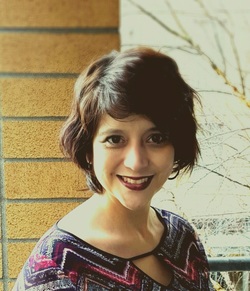 Karen Gettemy
Karen Gettemy was born and raised in Phoenix, AZ.  She later attended Calvary Chapel Bible College, where she met her husband Daniel.  They have been married for almost 20 years.

In 1989, at the age of fifteen, Karen was diagnosed with cancer. In 1993, at the age of nineteen, she was diagnosed with cancer for the second time. As a result, her health challenges have been numerous.  For several years now, Karen has been struggling with epilepsy. Her health has been an opportunity to learn to draw close to the Lord in hard and even discouraging seasons.

After ten years of marriage, her and her husband adopted their daughter Sameayah.  Sameayah is from Liberia, Africa. At the time of adoption, Sameayah was fifteen years old.  Not only did Karen experience a crash course into the realm of motherhood, but also the realm of parenting a teenager!

For the past nineteen years Karen and her husband Daniel have lived in the Pacific Northwest.  Their church, Calvary Downtown, is located in the heart of the city in Vancouver, WA, right across the Columbia River from Portland, OR. Serving alongside her husband has opened many doors and opportunities for ministry, not only in the United States, but in different parts of the world as well.
One of her greatest passions is to practically encourage women in whatever vocation God has called them. Her heart’s desire is to pass onto other women the testimony of grace that has been given to her.
Register Now
Registration is now closed.